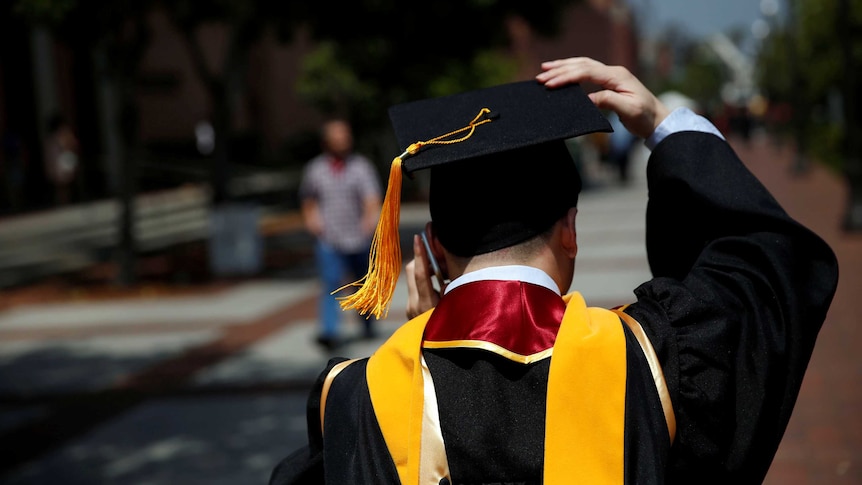 After years of revelations about the “dirty secret” of the university sector – casualization rates as high as two-thirds of all staff, as well as salary theft – there may be a solution.

It comes as university staff negotiate their industry deals, with ugly scenes already playing out on campuses across Australia.

There have been strikes at the University of Sydney and RMIT staff have been accused of being threatened with legal action for refusing to volunteer to work on Sundays to promote the university.

But at the University of Western Sydney, the negotiations have led to Australia’s largest ever casualization conversion scheme, which will now be put to a staff vote.

Senior policy lecturer David Burchell, president of the Western Sydney University branch of the National Tertiary Education Union, said the two sides had walked away thinking there had been a seismic shift.

“In Western Sydney, something strange and remarkable happened in 2020, the first year of COVID,” he said.

“The union and Vice-Chancellor Barney Glover came together to craft amendments to company agreements that protected casual pay and permanent jobs in exchange for a pay sacrifice in the event that university finances falter. would hit the wall.

“Then the two sides continued to talk to each other – but now about how to devise a similar grand compromise to attack the university’s financial reliance on casuals.”

Do you know more about this story? Email [email protected]

“We are a relatively large university and this is a large-scale attempt to address academic precariousness. This is a step that all universities need to take. Others will of course want to do this in different ways” , Professor Glover told ABC News.

“I hope other universities will look at this program and think about it.”

It was not easy. A significant number of the union’s permanent employees were initially skeptical about forgoing part of their own pay raise to deal with what they saw as the management problem.

But after two years of negotiations, management and full-time staff have traded pay rises to allow more casual staff to find secure work where they can plan for their future.

But first, it is important to understand why precariousness is an attractive option for university management and why it is detrimental to staff when it is repeated year after year.

In short, most universities rely on casuals to teach so that permanent staff can focus on research, which is generally considered more prestigious and valued even though teaching pays the bills.

“In some places, two-thirds to three-quarters of university employees [by head count] are casual and it is common for the majority of university teaching to be provided by people on contracts not exceeding eight hours per week for 14 to 16 weeks at a time. And of course, they receive no income at Christmas or when they are sick.

“It’s inconvenient for anyone relying on this cheap labor to get the job done. It became painfully visible during COVID when shiftworkers…feared for their livelihoods.”

Under the model agreed at Western Sydney University, management has recognized the ongoing nature of the work – a major change – and will create new full-time positions to cover this work.

It is important to note that current casual staff will be invited to apply for the new positions before they are advertised more widely.

“The equivalent of 150 full-time permanent jobs will be created from the work currently done by casuals, with casuals getting the first dibs. This equates to a third of the current casual workforce,” said Dr. Burchel.

“Management and staff have agreed to share the costs – part of it comes from the salary increase in the agreements, and part from management savings.

“Everyone contributes and shares the burden to help their lowest paid and most precarious colleagues. It’s a historic compromise, if you will.”

The scheme that could change the business model

After ABC News revelations, university regulator TEQSA is investigating casualization and its impact on students, as is the Fair Work Ombudsman, a Senate inquiry into casualization has seen university staff appear alongside those in the services of food delivery.

Both parties at Western Sydney University hope their collaborative solution, rather than punishment by regulators, could be the answer to a long-standing problem.

“I think this is an important step,” Professor Glover said.

“For us, it was clear that we wanted to reduce precariousness.

“What is revolutionary is undoubtedly its scale. We are a large school with 3,500 full-time equivalents, 50,000 students and a budget of 900 million dollars.

“This is the biggest conversion plan to date.”

Both parties to the negotiation are now sharing their success with other schools.

“As the program was signed this week, we started getting calls from other union branches and journalists.

“And the VC (Vice Chancellor) shares, I believe, the plan with other VCs,” Dr Burchell said.

“Hopefully this will spark a movement that could span the entire sector and change the business model.”