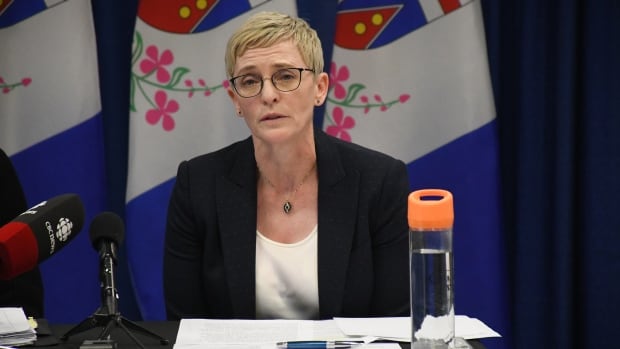 Yukon’s deputy education minister spent four hours last week answering questions about improving the territory’s K-12 system, acknowledging there were gaps, but saying that she is determined to bring about change.

Accompanied by two assistant deputy ministers, Nicole Morgan fielded the vast majority of inquiries during the second of two hearings before the Yukon Legislative Assembly’s Standing Committee on Public Accounts on January 19.

“We want to decolonize the Yukon education system,” Morgan said in his opening statement. “We want to earn the trust of Yukoners.

The hearings served as a public update on the Yukon government’s progress in addressing recommendations set out in a 2019 report by the Office of the Auditor General of Canada. The report found that the Yukon did not adequately assess or respond to student needs, and in particular the needs of Yukon First Nations students and students with special needs.

The Standing Committee on Public Accounts previously heard from representatives of the Yukon Chiefs Committee on Education (CCOE) on January 12, who expressed frustration and apprehension over what they described as a lack of cooperation and action by the Ministry of Education. .

“We’ve heard that we’re not getting it right, that we still have work to do to work together,” she said.

“It’s not easy work, reconciliation work… There is an inherent tension between taking action and taking the time to build relationships of trust, ask questions, listen, seek other perspectives and from there create new system structures together.

While a number of questions centered on the CCOE, Wednesday’s hearing — held over Zoom due to COVID-19 concerns — covered a wide range of topics, including support for students with diabetes. or autism, how the department collects data, and equitable access to technology.

The COVID-19 pandemic and its impact on students and staff, as well as the Department of Education’s ability to address issues raised in the Auditor General’s report, were also featured throughout.

Morgan highlighted work being done to improve early childhood education, pointing to the Yukon government’s creation of a universal child care program and a “significant investment” in raising the salaries of early childhood educators in $30 per hour, making it one of the highest in Canada. Additionally, she said eight of Yukon’s 13 rural schools introduced full-day kindergarten this school year, and five introduced full-day kindergarten.

She also cited the completion of a review on special and inclusive education and the data and feedback collected through the process, as well as the establishment of a Yukon First Nations school board, among other accomplishments.

Regarding a controversial decision in 2020 to suddenly remove students with special needs from Individualized Education Plans, Morgan said all families have since been contacted and given the option to reinstate the plans or have students continue with new ones. alternate plans.

She later said that overall the department is “certainly learning that clear, accurate, and timely information is the best kind of information we can provide.”

Regarding better assessment of student needs, Morgan said the department is working with a consultant and also “engaging” with the 14 Yukon First Nations on creating an outcomes strategy, and gathering more student performance data.

Meanwhile, when it came to students entering kindergarten in rural Yukon, about 25% were classified as ‘on track’. This percentage fell to 17% when considering only First Nations students, but increased to 45% for non-Indigenous students – a gap that Morgan said could also be observed with respect to performance in numeracy and literacy.

Having better data, she said, has led to more questions about why gaps in results exist and how to fill them.

In response to a question on the CCOE indicating that the department does not share raw data on student results, Assistant Deputy Minister Kelli Taylor, the only education official to answer questions besides Morgan, said that the department received data in different formats, which is not always easy. to aggregate.

“It’s not as simple as being able to transform that data into a data warehouse that would make sense… It’s not that we’re interested in withholding data, it’s just, what can we do about it? moment ?” Taylor said.

Throughout the hearing, Morgan reiterated the need to continue to have conversations and build relationships before making big changes, although she acknowledged that patience – especially for First Nations who have since long pointed out the problems with the system – runs out.

In her final response, she highlighted the mechanisms she believed would monitor the government’s progress, including groups called “communities of inquiry” that were created to gather views on specific issues and the various committees ministry advisors.

Morgan also encouraged all staff to “name and notice” colonial practices and structures within the education system, and invited community and advocacy groups who had shared written comments with the standing committee to meet with officials of the education to share their concerns.

“We will continue to be as transparent as possible,” she said of the upcoming work.