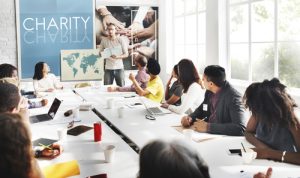 U.S. Representative Fred Upton (R-MI) introduced a bipartisan bill this week that would strengthen the partnership between nonprofits and the federal government.

“This legislation builds on the success that Michigan and other states have had in ensuring that nonprofits have a voice and their important work is not hampered by a lack of communication with lawmakers and public officials,” Rep. Upton said Tuesday. “It will strengthen nonprofit organizations and benefit communities across the country.”

The Nonprofit Sector Strength and Partnership Act of 2022, HR 7587, which Rep. Upton co-sponsored alongside the bill’s sponsor, U.S. Rep. Betty McCollum (D-MN), seeks to recover and to develop non-profit employment; increasing access to national service; reduce the cost of fundraising in all states; reduce the federal funding and regulatory burden; and protecting the voice of nonprofits during election years, according to a backgrounder on the bill released by lawmakers.

“Southwest Michigan is home to so many nonprofits that change and support lives,” Rep. Upton said. “The Nonprofit Sector Strength and Partnership Act of 2022 will give nonprofits a place at the table.”

If enacted, HR 7587 would establish a formal partnership between federal policymakers and nonprofits to ensure that the needs of nonprofits and their communities are considered early in the development and implementation of policies, according to the fact sheet.

Specifically, the bill would establish a White House office headed by an aide to the president with deep expertise in nonprofits to ensure policies are crafted with an understanding of the sector’s ability to deliver priorities. reviews in a way that maximizes benefits to communities; an inter-agency council to streamline coordination between government offices and departments; and a federal advisory board made up of community and national nonprofit and philanthropic leaders who would consult with policy makers.

“Federal, state, and local governments rely on the nonprofit sector and its ability to harness and direct the generosity, service, and volunteerism of the American people,” Rep. McCollum said. “Just as small businesses have the Small Business Administration to facilitate access to federal resources, the nonprofit sector should have the same level of support.”

The independent sector, the National Council of Nonprofit Organizations, the Michigan Nonprofit Association and the Council of Michigan Foundations are among the many organizations that have endorsed the bill.