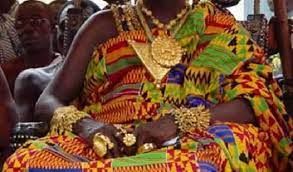 The Sekondi Takoradi Metropolitan Assembly (STMA) called on traditional authorities to support the Assembly in tackling social vices within the Metropolis.

Mr. Isaac Aidoo, Senior Administrative Officer and Project Coordinator for the Twin city Sustainability project made the call during a stakeholder conference attended by traditional chiefs, Assembly members and leaders of opinion within the metropolis.

The stakeholder conference on the theme “Community Campaign on Youth-Focused and Gender-Sensitive Issues” was part of the Assembly’s sister project – the City Sustainability Project.

Mr Aidoo said the awareness campaign had become necessary as social vices among the youth of the metropolis were at an all-time high.

He said: “Metro Department of Education statistics indicate that over the past five years, of 39,005 registered candidates, 131 did not serve on BECE, 16 of them due to pregnancy.

With the high school for five years, he said that 33,041 candidates who registered94 were unable to take the WASSE exam.

He noted with concern that the consumption of illicit drugs, teenage pregnancies, child prostitution and gender-based violence were gradually increasing year by year in the Metropolis.

Ms. Constance Baiden, Metropolitan Director of Social Protection, for her part deplored the practice of child prostitution in the Metropolis.

According to her, the department has identified children from the age of 10 engaged in prostitution in the Metropolis.

She revealed that European Town and Kojokrom were becoming hotspots for child prostitution in the metropolis.

Ms Baiden, however, said the best the Department could do was educate and raise awareness in hotspot communities about the effects of such activities on parents and children.

“We frequently traveled to European Town and other communities for outreach…we rescued children and returned them to their parents. Our problem is that after you rescue them and send them back, you will see them on the streets again,” she added.

Queen Mother of Essipon, Nana Kofi Buona congratulated the Assembly and hailed the campaign to fight against social vices among young people in the Metropolis.

The Queen Mother advised parents to be protective in the care of their children as it was the parents’ responsibility to provide for their children.

She urged parents to talk to their children and befriend them, as well as to try to get to know their children’s friends and carry out proper background investigations as these friends might have a great influence on their pupils.

European and African local authorities renew their European partnership for…

Technology And Taxation: The Deduction Podcast With Benjamin Alarie – Tax…