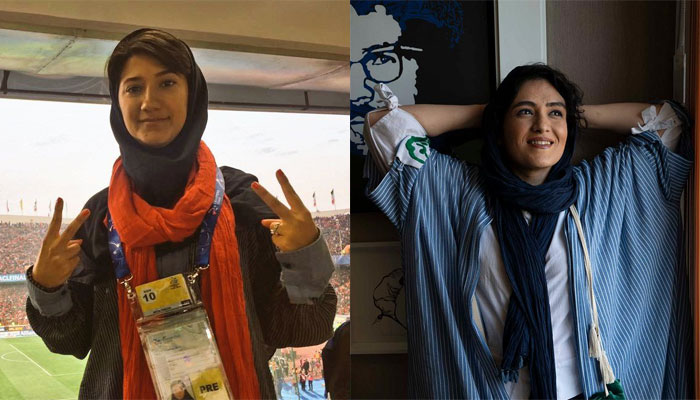 On September 22, journalist Niloofar Hamedi, who published the story of Mahsa Amini’s death, was reportedly arrested by Iranian authorities. Mohammed Ali Kamfirouzi, the lawyer representing Hamedi, informed of the arrest on social media. Hamedi works for the Shargh newspaper.

In a tweet in Persian, Kamfirouzi said: “This morning, security agents raided the home of my client Niloofar Hamedi, a journalist for the Shargh newspaper, arrested her, searched her house and confiscated her belongings. Any news about Niloofar Hamedi is published by me or her husband, Mohammad Hossein Ajarlo (translated using Google Translate). It is unclear what charges she would face.

After his arrest, Iranian security forces launched a crackdown on protesters angered by Amini’s death across the country.

Hamedi was not the first journalist to be arrested by authorities linked to the case. Days before her arrest, an Iranian photojournalist named Yalda Moaiery was detained by Iranian authorities during the anti-state protests while covering the restless crowd on Hejab Street in downtown Tehran.

Her arrest was confirmed to Committed to Protect Journalists (CPJ) by her father, Gholamreza Moaiery, who told the organization that she was being held in Qarchak Prison, a women-only detention center in Varamin, Iran. .

After the two arrests, Sharif Mansour, CPJ’s Middle East and North Africa program coordinator, said, “Iranian authorities need to understand that they cannot hide domestic protests against the government by jailing journalists. The authorities must release Yalda Meiri immediately and unconditionally and stop arbitrarily imprisoning members of the press at this critical time for Iran.

A 22-year-old Iranian woman named Mahsa Amini, who fell into a coma after being beaten by “morality police” for wearing “an inappropriate hijab”, died in Tehran on Friday. Iranian media reported that Amini died in hospital, citing official sources.

Earlier on Tuesday, Mahsa Amini was declared brain dead, hours after she was arrested by ‘morality police’ in Tehran for ‘inappropriate hijab’, meaning she failed to fully cover her hair. She was arrested by police and then beaten in the police van as she was taken to a detention centre, branded as a “re-education class” for failing to comply with the country’s mandatory hijab rules.

According to reports, the incident took place on September 13 when Amini, originally from Saghez, Iran, traveled to Tehran for a leisure trip. The woman was with her brother Kiarash at the Shahid Haghani highway entrance when the “morality police” arrived and arrested Amini for a one-hour “re-education course”.

After his death, there were protests in Iran. Videos of women have surfaced cutting their hair and burning hijabs in protest against compulsory hijab in Iran.