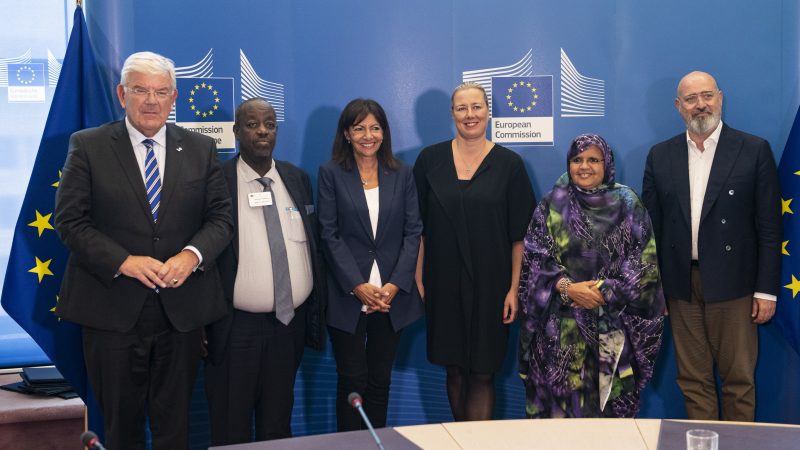 The European Commission and five associations of local authorities have renewed a four-year partnership to make European and African communities more sustainable and pave the way for stronger EU-Africa relations.

The Commission recently signed five agreements with associations of local authorities to help them promote development in line with the 2030 Sustainable Development Goals.

The aim is to ensure that “sustainable solutions for our challenges are implemented on the ground”, said Commissioner for International Partnerships Jutta Urpilainen on 12 September.

The agreements provide financial support of €50 million to associations of local and regional authorities under the aegis of the Commission NDICI-Global Europe Program.

In addition, the EU executive has pledged to support the actions of local and regional governments with additional funds.

“By 2027, the EU will support the work of local authorities in pursuing the Sustainable Development Goals and tackling inequalities with at least €500 million,” Urpilainen said, adding that “this will support your work in the field”.

Local authority representatives welcomed the new agreements with the EU, highlighting their role in building more inclusive and peaceful communities.

“We have to fight for city diplomacy,” said Jan Van Zanen, mayor of The Hague and president of the United Cities and Local Governments (UCLG) association.

“If nations can’t get by or can’t have a good relationship, mayors, local governments can be among peers and learn from each other,” he added.

In addition, the proximity of local governments to communities can help better understand their needs and support them in the face of current challenges, such as climate change.

“Local governments are the legitimate representatives of the population and they can sensitize the population,” said Fatimetou Abdel Malick, president of CGLUA, one of the two African associations that signed the agreements.

Abdel Malick welcomed the continued support of the European Commission.

“It certainly has an impact on the daily lives of our citizens in Africa,” she told EURACTIV, adding that “it will enable our community to learn and build capacity for our sustainable development.”

She added that local diplomacy can play a bigger role than national governments when it comes to political stability because “it is local communities that can bring peace.”

According to the representatives, EU support in Africa is also essential for education, sanitation, climate change and infrastructure investment.

According to him, the EU can provide both capacity building and direct access to funding instruments for local governments in Africa to improve conditions on the ground.

Moreover, according to the president of CEMR and Platforma, Stefano Bonaccini, the involvement of African communities is important to “guarantee mutual growth, development and opportunities”.

At the same time, partnerships with local authorities can also strengthen international relations with the African Union (AU).

“Local authorities are key collaborators in our external actions”, said Commissioner Urpilainen, adding that “associations of local authorities will play a key role in the AU-EU partnership in the future”.