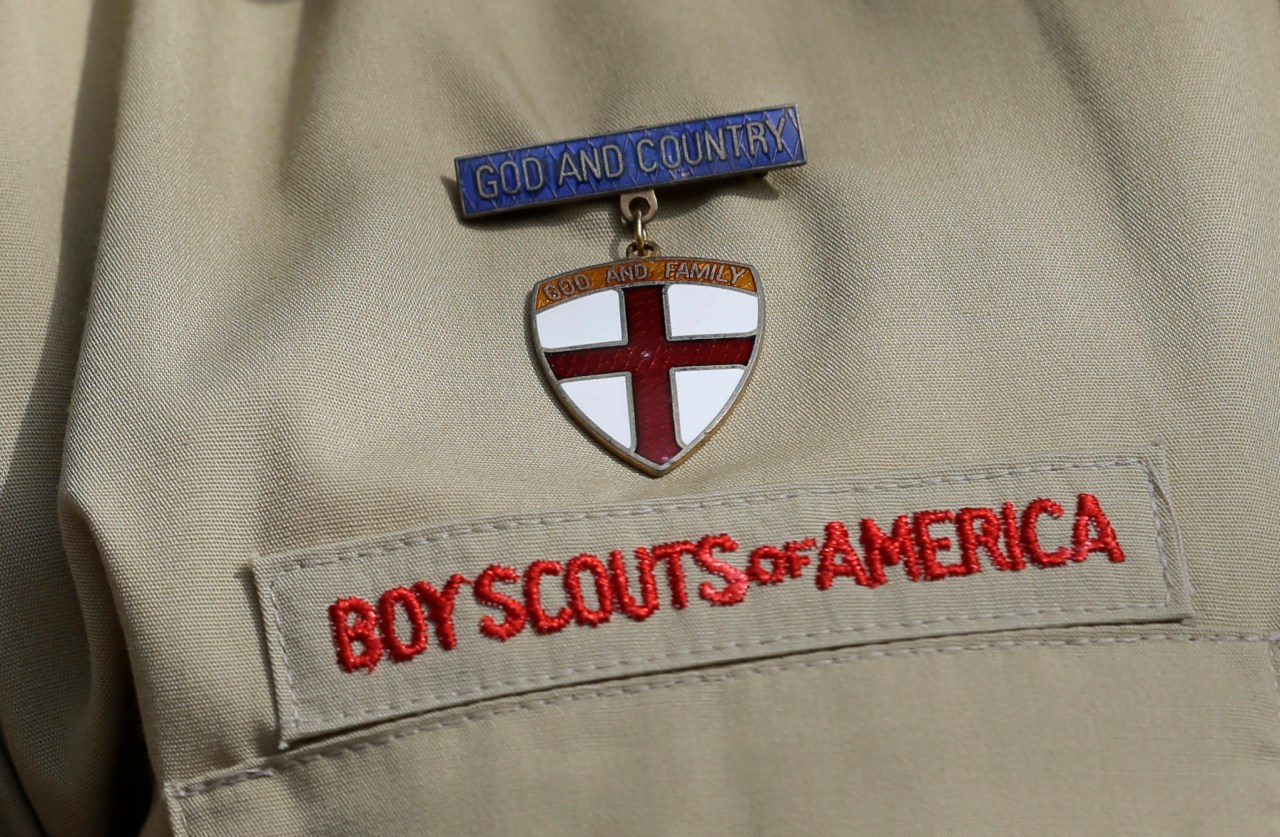 NEW YORK â€” Amid the Boy Scouts of America’s complex bankruptcy case, friction is growing between the BSA and the major church groups that help it run thousands of Scout units. At issue: Churches’ fears that an eventual settlement â€” while protecting the BSA from future sex abuse lawsuits â€” could leave many churches unprotected.

The Boy Scouts filed for bankruptcy protection in February 2020 in an effort to end individual lawsuits and create a massive compensation fund for thousands of men who say they were abused as youth by Scout leaders or other leaders. At the time, the national organization estimated it could handle 5,000 cases; it now faces 82,500.

In July, the BSA offered an $850 million settlement that would prevent further lawsuits against it and its local councils. The deal did not cover the more than 40,000 organizations that have charters with the BSA to sponsor Scouting units, including many churches of major faith denominations that are now questioning their future involvement in Scouting.

the United Methodist Church – which says up to 5,000 of its US congregations could be affected by future lawsuits – recently advised those churches not to extend their charters with the BSA beyond the end of this year. The UMC said those congregations were “disappointed and very concerned” about not being included in the July deal.

Everett Cygal, a Catholic churches lawyer following the case, said it was unfair that parishes are now liable “solely because of the fault of scout troop leaders who often had no connection to the parish.” .

“Scouting can only be sustained with the help of their chartered organizations,” Cygal told The Associated Press. â€œIt is short sighted not to protect the people they absolutely need to ensure Scouting is viable in the future.â€

Leaders of several other denominations â€“ including the Southern Baptist Convention, the Evangelical Lutheran Church in America and the Presbyterian Church (USA) â€“ have advised their churches to hire their own legal counsel if they fear potential litigation for sexual abuse.

The Presbyterian Church said its national leaders cannot act on behalf of member churches because they are separate societies. The leadership of the Evangelical Lutheran Church has also said that its congregations are autonomous, legally speaking, and must decide for themselves whether to pursue any relationship with the BSA.

“Due to the Missouri bankruptcy, the congregation cannot confidently rely on the BSA, the local council or their insurers to defend it,” the Lutheran church warned. “The congregation should ensure that they have sufficient insurance and that their own insurance will cover them.”

The Boy Scouts, in a statement provided to the AP, said its partnership with chartered organizations, including churches, “has been essential in bringing the Scouting program to millions of young people in our country for generations. “. He said negotiations with these organizations are continuing and hopes to conclude the bankruptcy proceedings towards the end of this year.

According to lawyers representing different parties in the bankruptcy case, the Boy Scouts have suggested that chartered organizations have some protection from liability for abuse cases that occurred after 1975, due to an insurance agreement which took effect in 1976. The BSA said there was little or no protection, however, for the many pre-1976 cases, and the best way for organizations to obtain protection for that time would be to make a substantial financial contribution to a settlement fund.

The Church of Jesus Christ of Latter-day Saints took such a step last week, agreeing to pay $250 million to a compensation fund in exchange for a release from further liability. The denomination, widely known as the Mormon Church, withdrew its BSA units on January 1, 2020, after decades as its biggest sponsor.

A key distinction: Latter-day Saints have a centralized governance structure, making possible a contribution spanning its vast ancient network of Scouting units. Other chartered faith-based organizations are more decentralized, complicating the question of how contributions to the compensation fund would be mandated and organized.

Jeremy Ryan, a lawyer representing United Methodist churches, said his clients believed there was pre-1976 insurance available to them under policies the BSA and its local councils held at the time.

Cygal, the attorney representing the Catholic churches, made a similar argument, but said some chartered organizations may eventually have to make an appropriate financial contribution “to end this dispute once and for all.”

Another complication in the negotiations: the differences of opinion on the share of responsibility incumbent on the Churches.

Some of the churches argue that they simply provided a meeting place for a local Scout unit, while Scout leaders were responsible for hiring decisions that could have led to sexual abuse. Some plaintiffs’ attorneys disagree, saying church leaders were often actively involved in such decisions.

“The Boy Scouts have had a lot of faults because of their negligence, but local institutions have also had a lot of faults,” said Christopher Hurley, whose Chicago law firm says he represents about 4,000 men who have filed claims in bankruptcy.

“It’s just not okay to pass the buck to each other,” added Hurley. “Everyone needs to swallow and make a fair contribution to get justice for these guys.”

Stephen Crew, whose Oregon-based law firm represents about 400 plaintiffs, said he sympathizes with chartered faith-based organizations who “fear they will be stripped.”

“But survivors also have a lot of anxiety,” Crew said. “And the problem now is that the insurance companies balk at everyone.”

A third California-based plaintiffs attorney, Paul Mones, blamed the predicament of the churches on the BSA, saying its initial bankruptcy strategy failed to properly anticipate the impact on chartered organizations.

“For decades, religious organizations have been the backbone of the BSA,” Mones said. “They didn’t sign up thinking they would have any responsibilityâ€¦and all of a sudden they’re told, ‘You’re going to be sued. It’s a hot mess.

Some church leaders, such as United Methodist Bishop Ruben Saenz Jr., have been outspoken in their dismay at the fallout from the bankruptcy.

â€œIt is a very sad and tragic matter that has occurred within our nation and the Church,â€ Saenz said in a recent letter to the clergy he oversees in Kansas and Nebraska. He said there could be 110 abuse claims in the bankruptcy case potentially linked to UMC churches in his area.

Saenz said the BSA may find it difficult to move forward after bankruptcy without the involvement of UMC, the largest active sponsor of Scouting units.

But due to BSA’s positions in the matter that are detrimental to UMC, Saenz wrote: “We simply cannot currently commit to the relationship with BSA as we have in the past. ”