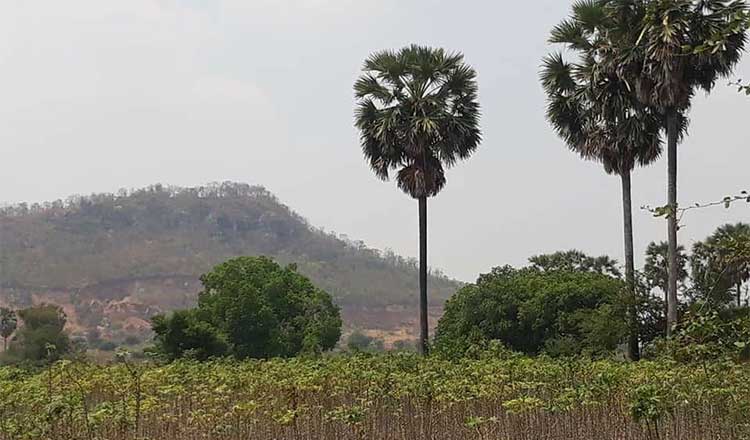 Officials from the Ministry of Environment and concerned Banteay Meanchey met to discuss the boundaries of potential mountain areas and the feasibility of establishing natural heritage areas in the province.

The leaders met on March 11 at the Banteay Meanchey Provincial Council. The meeting was chaired by the Deputy Director General of the General Department of Local Communities of the Ministry of Environment, Seng Sot, and the Deputy Governor of Banteay Meanchey, Om Chantha, as well as officials of natural resources and cultural heritage.

Participants chatted and broke into groups to inspect and verify the boundaries of the nine potential mountains and discuss the establishment of a natural heritage site.

Mountainous areas will be assessed and considered for designation as natural heritage sites. Once approved, sites will be designated as conservation areas

Ly said that officials, authorities, technical forces and most of the people of Banteay Meanchey are ready to participate in the protection, protection and promotion of the environment.

Environment Minister Say Sam Al has assisted the work of officials in protected areas by providing motorbikes. The minister also donated water filters, as well as an incinerator, to the community and educational institutions.

Green and digital partnership brings together employers, local authorities and the…