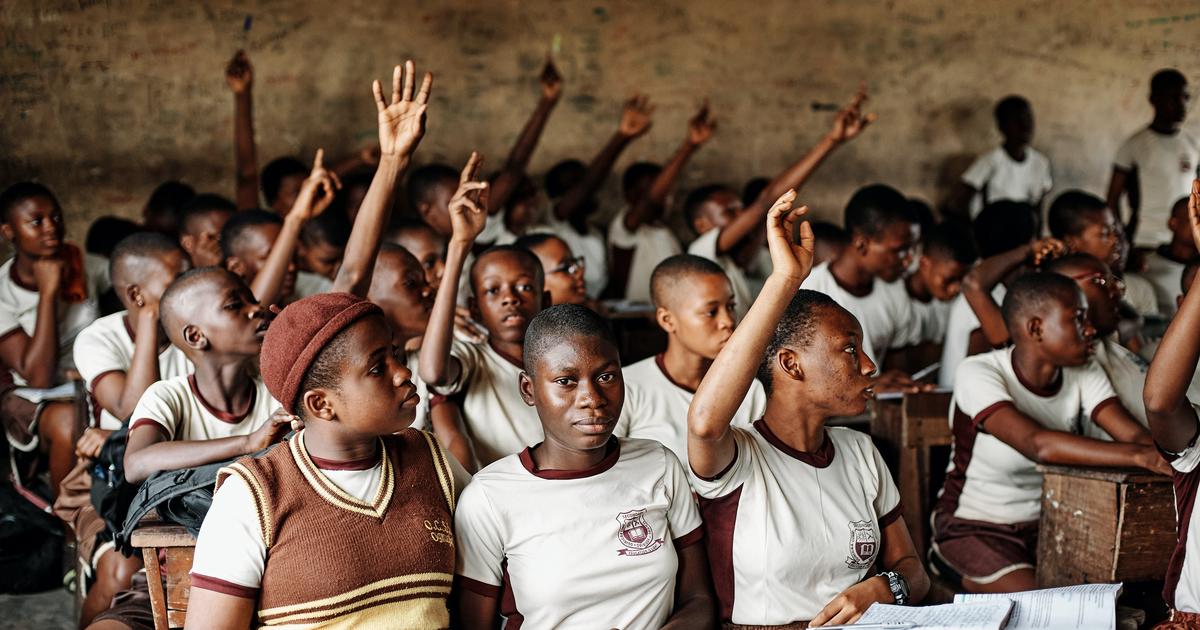 We know that the educational system of each country has problems. By its very nature, public education will be of poor quality, even if it is well funded.

We know this inherently when it comes to other products or services: every time you try to mass-produce something, the quality suffers.

Individual tutoring and instruction yields by far the best results. But a country needs to reach millions of people and therefore cannot afford this luxury.

Nigeria is very far away and your own country probably knows its problems. Why should you care about the school system in that distant place, when your country probably has similar problems?

The main reason to care is that Nigeria’s obstacles are not unique. All the problems: underfunding, political conflicts and internal cultural clashes are universal. Most countries have them, and sadly, Nigeria has only eleven.

Even if you are not a humanitarian, sheer necessity would force you to be careful. There is a lot to learn from this situation because you never know when you will encounter similar problems.

Let’s take a look at the main factors that contribute to this massive crisis:

Lack of funding and infrastructure

There is serious mismanagement of resources and poor infrastructure that present barriers for young people trying to get an education.

The North simply does not have enough schools for the number of children who should be educated there. Many have to walk great distances every day just to get to the nearest school.

The South lacks conditions conducive to learning. For example, some schools do not have functional toilets or the number of teachers is too low.

Western children are used to teaching materials, televisions and computers, while their peers in southern Nigeria lack them.

Overall, there are almost not enough resources for everyone. The North is particularly affected, but the South has similar problems.

It’s no secret that during our early years, our families are our support structure. But what if our families can’t support us? Well, we lose our edge in life.

The northern half of the country has the lion’s share of out-of-school children. It is the poorer of the two regions, and it shows.

Many families live on the edge of survival, prioritizing food and water. They just can’t afford to invest money in uniforms, textbooks and any other related expenses especially since the families are rather large so they have to worry about sending more of a child at school.

When asked about the state of the education system, Nigerian officials tend to turn to issues such as insurgencies, nomadic living, theft and bandit-type activities, and religious extremism (Boko Haram).

All of these factors surely contribute to the problem. If an insurgent army thinks “education is bad” and walks around promoting its ideals, interest in education will diminish.

Moreover, if a child is part of a nomadic community, it will be impossible for him to attend the same school and receive an education. Nomads in general tend not to succeed in our modern societies based on massive centralized governments and sedentary life.

Depending on who you ask, this is by far the biggest problem. The government is not allocating enough resources to education, despite international warnings and advice.

Also, the money that is eventually donated can be stolen along the way. Grant and scholarship money is a common target for “misplacement”.

The education system is an investment in the future and offers few opportunities for politicians to get rich in the short term. There are almost no contracts and bribes, so schools will be ignored.

Currently, only 6% of the total budget is allocated. This is a tiny percentage, compared to the 26% recommended by Unesco.

It is very important to realize that, as stated earlier, the problems of Nigeria are the problems of the world. Your country may be doing well right now, but no one is on top forever. Human history will always know periods of abundance and periods of conflict, war and poverty.

If we build our school systems to be fragile and expensive, then we accept that education is only a luxury, not a basic right. A good education system must be disaster-proof and able to function with minimal resources.

The only reason this particular country stands out is because of the extent to which the problems manifest.

We need to make sure we are discussing solutions (plural). There is no single action or single problem that can solve such a massive undertaking.

Before the invention of gunpowder weapons, only nobles were good fighters. Armor, weapons, horses, banners, jousting and other necessities were simply beyond the reach of ordinary people.

Then the gun arrived. With just two weeks of training, an average Joe could learn to shoot and defeat a knight. The gun was an equalizer.

Internet too. If you work and come home exhausted, often neglecting household chores because of that exhaustion, when will you ever have time to educate yourself?

Classes are held at strict times, by certain people, in certain buildings (Universities), for which a request must be made. In contrast, the Internet allows you to buy courses for a hundredth of the price and browse them whenever you have free time.

Is it easy? No. Online education has proven to be worse than in-person classes. But is it possible?

The answer is yes. It is much more difficult to learn from a laptop than from a teacher, but it is not impossible. Ten thousand human lives would not be enough to sift through all the information available online.

Smart devices are getting very cheap and the internet seems to be the only short-term solution.

As a citizen of Nigeria or any other country, you live in a system that you did not create. For better or for worse, you were born there.

You, the student, cannot control who is responsible, how much money is spent on your education, or what war is going on. Moreover, even if a solution is found, by the time it is implemented, it will be too late for you personally.

As mentioned, the internet can be a great equalizer. It’s cheap and hard to learn online, but it can be done. Meanwhile, on a large scale, political action must be taken to get rid of corruption.

Over 90% of students nationwide have returned to school: ministry

NSS will have a big impact in the low cost housing sector – Dr. Adutwum