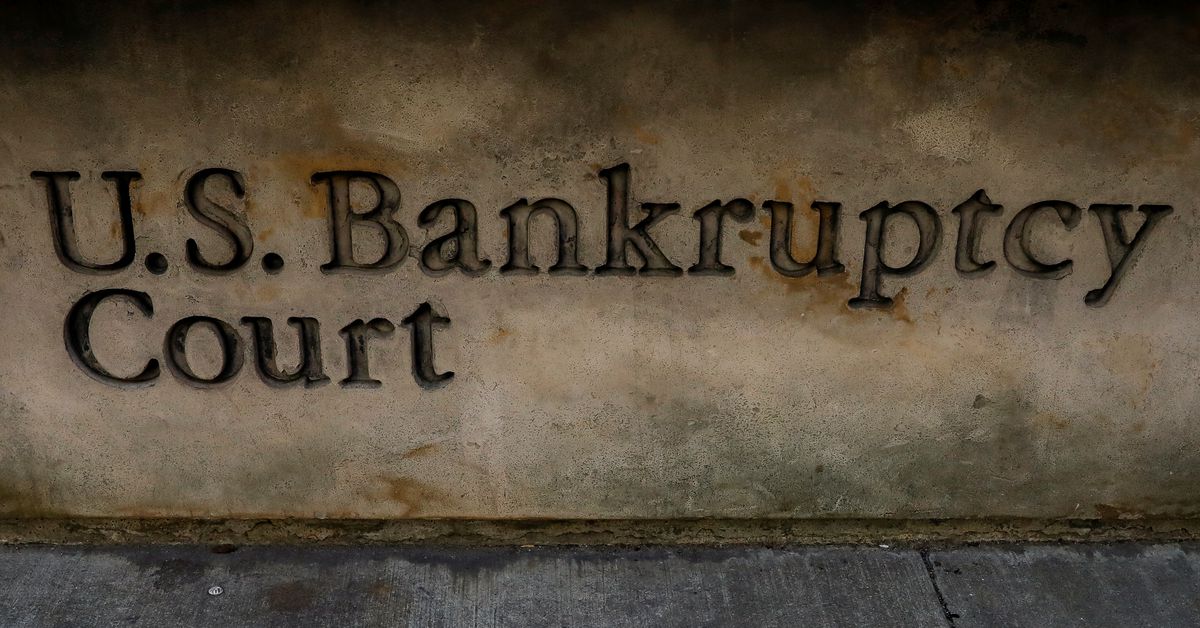 A sign is seen outside the U.S. Bankruptcy Court for the Southern District of New York in Manhattan, New York, U.S., January 9, 2020. REUTERS/Brendan McDermid

(Reuters) – A U.S. appeals court ruled on Tuesday that a 2017 law that increased government fees for many Chapter 11 debtors was unconstitutional because it did not apply fees consistently.

The 2-1 10th U.S. Circuit Court of Appeals decision overturned a Kansas bankruptcy court’s ruling on fees a Missouri hotel company had to pay the US Justice Department’s bankruptcy watchdog, the US Trustee.

The decision comes weeks after a winding-up trust for Circuit City Stores Inc, which filed for bankruptcy in 2008, asked the U.S. Supreme Court to review increased U.S. trust fees in under the 2017 law. The 4th and 5th Circuits issued rulings upholding the law, while the 2nd Circuit determined that it was unconstitutional. The 10th Circuit’s ruling, written by U.S. Circuit Judge Gregory Phillips, is largely consistent with the 2nd Circuit’s finding.

The hotel company, John Q. Hammons Hotels & Resorts, filed for Chapter 11 protection in 2016 with the United States Bankruptcy Court for the District of Kansas. The company said that in 2018 it was forced to pay a higher quarterly US trustee fee than in previous years due to the 2017 law that increased US trustee fees for Chapter 11 debtors in the most states. But the law hasn’t done the same for North Carolina and Alabama, which use a different government entity, known as the bankruptcy administrator program, to perform functions similar to those of the U.S. trustee in supervision of major corporate bankruptcies.

The company said it had to pay $2.5 million more in quarterly fees than it would have paid if its case was pending in North Carolina or Alabama and asked US Bankruptcy Judge Robert Berger to recalculate the costs, which he refused.

In Tuesday’s ruling, Phillips wrote that the 2017 law, by creating inconsistency in government bankruptcy monitoring programs, violates the US Constitution’s requirement that bankruptcy laws be uniform.

â€œWe believe the 2017 amendment is unconstitutionally non-uniform because it allows higher quarterly disbursement fees for Chapter 11 debtors in trustee districts than those charged to equivalent debtors in bankruptcy administrator districts. “, did he declare.

The panel sent the case back to bankruptcy court so debtors can seek reimbursement of fees paid that exceed what they would have had to if their case had been in a bankruptcy administrator’s district.

In a dissenting opinion, U.S. Circuit Judge Robert Bacharach said he does not believe the 2017 law violates the Constitution’s bankruptcy uniformity requirement, saying it allows Congress to claw back funds specifically targeting US admin districts.

He also noted, as did the majority, that the only reason the two separate systems exist is political maneuvering. North Carolina and Alabama opted in 1986 for the Administrator program rather than the US Trustee program. While Congress intended to eventually integrate them into the American administrator program, that effort ultimately failed.

For the US Trustee: Jeffrey Sandberg, Mark Stern, Ramona Elliott, Matthew Sutko, Andrew Beyer and Brian Boynton of the US Department of Justice

Maria Chutchian reports on corporate bankruptcies and restructurings. She can be reached at [email protected]